Help us spread the word about the #strongascedar campaign.

The #strongascedar is a campaign to empower Indigenous people, and communities of colour, to fight racism by sharing and gathering stories, and highlighting solutions for change.

Right now, our communities are coming together to seek justice for Heiltsuk members that Max  Johnson and his granddaughter Torianne, who were  racially profiled, detained and handcuffed by the Vancouver Police Department outside a Vancouver BMO branch. The pair have launched a complaint with the BC Human Rights Tribunal that aims to get Max and Torianne the justice they deserve, and to force the VPD to admit to systemic racism so this never happens again.

Join me to help fight racism and to fundraise for the legal challenge Heiltsuk Nation has launched.

@UBCIC is intervening in an ongoing BC human rights case against the VPD for the wrongful detainment of Maxwell Johnson and his granddaughter Torianne. Donate to support the case : https://strongascedar.ca/support-strongascedar #strongascedar

Donate to the #StrongAsCedar campaign and stand with Heiltsuk Nation to hold institutions accountable for systemic racism. https://www.strongascedar.ca/support-strongascedar/

Stand with Heiltsuk Nation and #strongascedar.

Heiltsuk grandfather Max Johnson and his granddaughter Torianne's case against the Vancouver Police Department is before the B.C. Human Rights Tribunal. The pair are reaching out for support for the intervention of the Union of BC Indian Chiefs in their complaint that aims to fight systemic racism, hold institutions accountable, and offer redress for the racial profiling and wrongful detainment that they experienced at the hands of the VPD.

This case embodies the systemic racism that we must all work together to eliminate.

On Dec. 20, 2019 Maxwell Johnson and his 12 year-old granddaughter, Torianne, were racially profiled and handcuffed after trying to open a bank account at a BMO branch in Vancouver.

What happened to Max and Tori was terrible and shocking, but unfortunately it was just one example of the spectrum of racism Indigenous people face in Canada everyday.

Whether it’s being denied service at a restaurant, being followed by security guards in a grocery store, or being made the subject of racist jokes and slurs by staff, Indigenous people, and other people of colour, experience racism on a regular basis.

These seemingly isolated incidents connect to much deeper patterns of colonial violence and systemic racism against Indigenous people, including Missing and Murdered Indigenous Women and Girls, and the recent forced removal of Wet’suwet’en people from their homelands. This racism dates to the creation of Canada itself and continues to the present day.

It is all connected, and it must stop now.

Donate to support justice for Indigenous Peoples and communities, and so that other people of colour can feel safe. https://www.strongascedar.ca/support-strongascedar/ 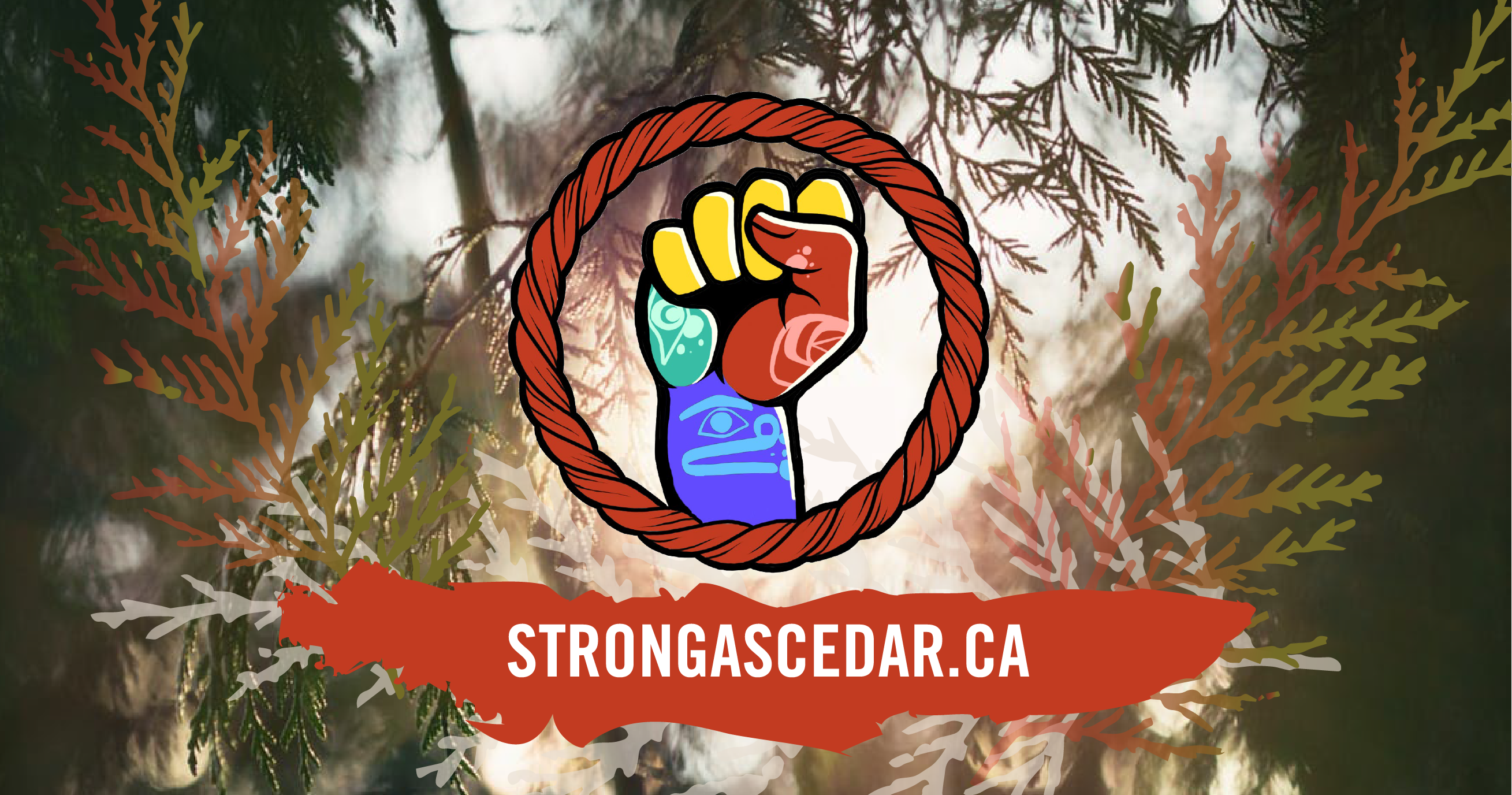